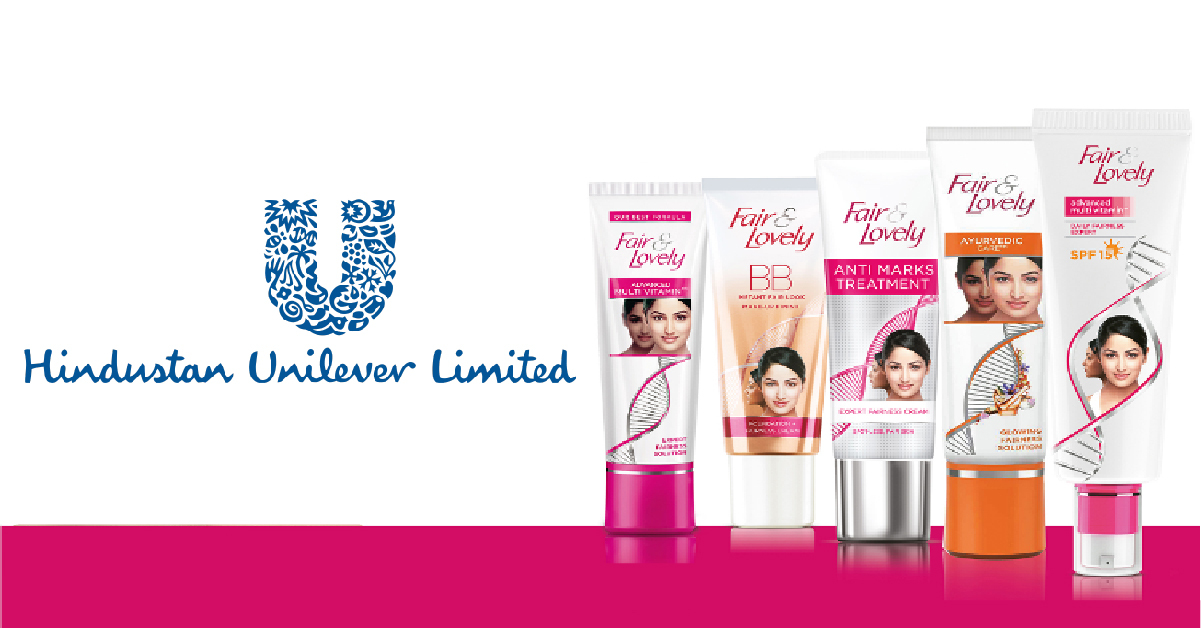 In the recent news, Hindustan Uniliver has taken a massive step towards rebranding of its popular ‘FAIR & LOVELY’ range by dropping the word FAIR from the same. Though the step is being seen in light of the recent global public outrage against racism due to death of George Floyd, the decision towards rebranding is not sudden as the Company also in the year 2019, stopped usage of words such as ‘fair/fairness’, white/whitening and removed before-and-after impressions and shade guides from their products.

Fair & Lovely was introduced in India in the year 1975 and is sold in countries like Bangladesh, Malaysia, Indonesia, Singapore, Brunei, Thailand, Pakistan and other parts of Asia and is also being exported to West. The ‘Fair & Lovely’ range has been one of the most profit-incurring product for the Company with Annual Income estimated to be 500 crores only from its sales in India. Yet, the company with a whopping share of 70% in the market of skin lightening creams decided to disassociate itself from the stereotypical ‘fair-skin’ notions due to the ascending criticisms of fairness being linked up with success and happiness.

It is only ‘fair’ that the people now, together and collectively steer the change they wish to see. Global outcry to abolish skin color standards and prejudices that come along has not only made companies like Unilever, Johnson and Johnson to withdraw or alter their once heavily advertised products but petitions have also been filed against matrimonial website Shadi.com to remove its skin filter. Careful adoption, advertising and investment in trade marks therefore, are extremely vital to decide the course of your business. It is important to keep in knowledge that there are legal measures in place to restrict the use of marks that might hurt the religious susceptibilities or are scandalous or obscene in nature (Section 9(2) of Trade Marks Act, 1999). Though we are yet to see strictly specific provisions to deal with such condition, Judicial Authorities have never hesitated to interpret such provisions widely when it comes to adjudicating in the interest of public. It is always suggested to give a lot of thought and care while deciding on the mark to be used for your products. A mark has to be adopted with vision and motive and with utmost care that it should not, in present time and years to come, be offending, discriminatory, hurt sentiments of a sect or group or public at large. If not done so, one may not invite costs of rebranding or advertising but a greater damage would be caused by loss of reputation and goodwill which might not even be reimbursed in monetary terms. The line between famous and infamous is very thin. After all, for those who think what’s in the name, please know, that all’s in the name.