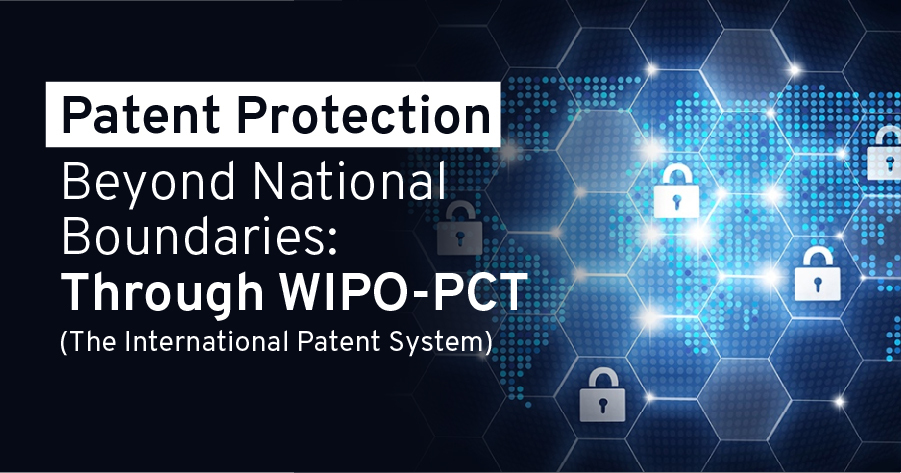 The world has become one big place now, and one no longer experiences the earlier hindrances that were restricted by physical boundaries with easy access to almost everything. People all over have changed their perception over the years, and now we see this globe as one!

Similarly, technologies too, among other things, have now found access in almost every country. One of the gateways opened in the recent years is for inventions which get patent protection not only in the home country of the inventor, but worldwide through a single uniform patent application under the Patent Co-operation Treaty (PCT) or filing a conventional application under the Paris Convention both administered by the World Intellectual Property Organisation [WIPO].

A person or an entity would usually seek protection for the invention by filing a patent application in the home country first. However, it must be kept in mind that the said protection may be sought in other countries as well by filing a single application under the Patent Co-operation treaty. The major advantages under the PCT for the inventor include being more economical, less time consuming and comparatively simpler for filing an application through this route.

The PCT has played a vital role in taking an invention from one country to another. More than 150 countries are members of the Patent Cooperation Treaty. Under the PCT, by filing an International Patent application, one can seek protection in all these countries or the countries of his interest through one single application. That is to say, the PCT has paved way against the tiresome procedure of getting protection individually in each country, and also saving on time and money.

An applicant should therefore wisely decide over protecting its invention outside its home country, by either choosing the PCT or the Paris Convention route against the general practice, of enjoying exclusive right for the invention, within the territorial limits of the home country.

If one intends to expand the business overseas, the territorial rights can be availed in other countries through PCT, by entering other multiple countries, known as the “national phase”. The WIPO time and again keeps reforming the Patent Co-operation Treaty for the betterment of the applicants.

The International patent applications filed via WIPO’s Patent Cooperation Treaty (PCT), have grown by 4% in 2020 to reach 275,900 applications – the highest number ever as per WIPO Report (dated March 2, 2021). The use of PCT filings have continued to grow despite COVID-19 pandemic. This shows that more and more inventors trust and choose the PCT/Paris Convention route making the procedure more popular with the passing of time and seeking protection beyond national boundaries.

Shweta Vyas is an Associate at Y. J. Trivedi & Co. and holds a Master’s degree in Law (Intellectual Property Rights). She is working with the firm since last three years. She handles National Phase Filings, PCT procedures and all other International work related to Patents. She has also attended various International conferences like WIPF and JPAA.