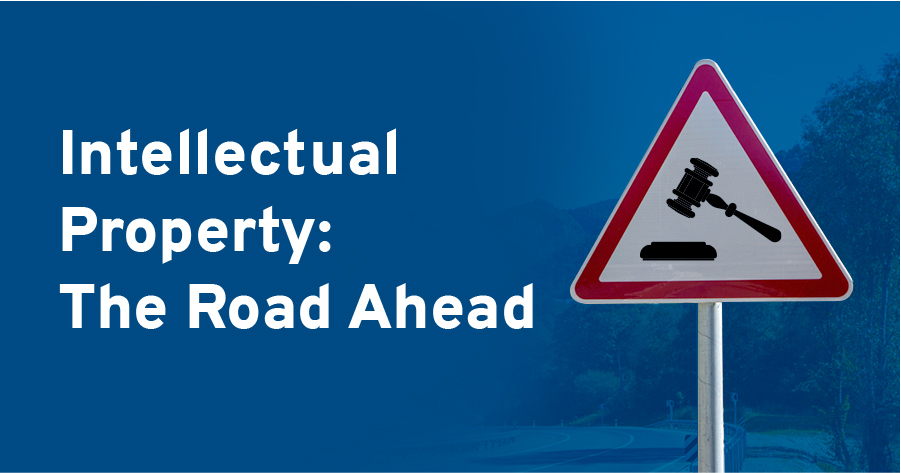 Intellectual Property: The Road Ahead

With the dawn of this new decade, we are seeing the emergence of technologies that will have a radical impact on the existing IP landscape. We are witnessing a technological revolution that is consistently altering the way we live, work, and relate to one another. With computers on our palms keeping us connected globally 24*7, to the increasing power of social media that is capable of tumbling governments, it is unlike anything that the human kind has experienced before. While we still comprehend its full dimensions, it has already laid out major challenges for IP administration, policy and governance. The internet, e-commerce, social media and the likes are a different field all-together. While imitation and infringement of copyright, trade mark is ever-increasing, trade of counterfeit goods have also shown a stringent rise troubling all- the consumers, the company and the platform. The list does not end here. Where pandemic has necessitated people staying and working from home, the corporations are afraid for their data secrecy. There has also been a rise in unconventional IP but the current framework requires updating to give adequate protection to the same. In addition of it all, as IP becomes ever more central to the knowledge economy, demand for IP rights continues to rise and this is likely to continue. IP administration needs a major revamp to keep up with the rising applications to ensure timely protection.

But with every challenge there are opportunities. The developments that are creating these challenges are not negative in themselves. The need is to try to understand how they will impact the existing IP system and accordingly incorporate the needed solutions. It is now a known fact that IP has gained traction and will continue to do so, only with a higher speed. On the brighter side, people are now becoming aware of the power and potency of IP. From individuals to start-ups to small and medium scale industries, people are keen to create, protect and commercialize IP. The freshest example can be seen from over-whelming number of inventions and innovation that sprouted in the lock-down phase. From Robots dispensed at the entry to help people sanitize to applications for consulting a medical expert at the ease of being at home to people creating content online, Covid-19 has certainly sparked creativity all around. During the times of Covid-19, there has also been grass-root revival of India’s Traditional Knowledge. Ayurveda, home remedies and naturopathy was heavily resorted to and relied upon for preventive measures. Benefitting from this popular demand of spices and herbs, farmers of Boriavi- a small village on Charotar, the lush green belt of Central Gujarat, got their traditional variety of Ginger and Turmeric registered under The Protection of Plant Variety and Farmers Right Act, 2001 (PPVFR Act). Similarly, there has been a paradigm shift in the global 145-billion-dollar beauty and cosmetic market that are thoroughly exploiting Ayurveda to cater to the increasing demand of people who are turning to the ancient knowledge for modern problems. Furthermore corporate entities are also heavy investing in R&D and taking proactive steps in protecting their IP. It can be said that awareness of IP in itself presents a solution to multiple issues of current IP landscape. Additionally, governments have also realized that IP is the key factor and has to be encouraged to keep up with the needed rate of development. It is due to this, that the government has introduced multiple policies to create IP-conducive environment that not just encourages its creation but also facilitates its strengthened protection. Moreover, governments themselves are establishing IP cells for advancement of its wings. For Ex. the then Union Defence Minister Smt. Nirmala Sitharaman launched Mission Raksha Gyan Shakti (MRGS) in furtherance of establishing IP Facilitation Cell which has trained 10,000 personnel of the Defence Public Sector Undertakings and Ordnance Factories on IPR. With addition to that, recent developments can also be seen in the field of unconventional IP. While there has been a raise in such applications, the legal system and judiciary have also signaled that they are willing to grant protection to such IP, provided they conform to the mandates laid down by the legislation. Apart from their changing approach towards proactively recognizing and protecting the rights of IP holder, the Tribunals and Judiciary are also adapting to technology, as is the need of the hour. They resorted to conducting hearing via Video Conferencing during the present times when physical hearing was not possible. Amidst all this, interesting developments have has also taken place in the field of Open Source. Though a lot may argue that IPRs and Open Source stand for things entirely opposite, it is their middle ground, the best of both, that would be enable us to derive the most of any Intellectual Property.

While the changes taking place are admirable, the road for adopting an IP regime that can cater to the demands of changing landscape of IP is long. The current IP system is fit for many purposes, but there may be areas in which it needs to adapt. For example, Artificial intelligence (AI) and the life sciences are two major areas of technological and scientific development that have raised important challenges for IP. Along with the development of our IP System we need to rigorously look into the policy changes as well. Due to globalization and increasing technological advancement, the existing policies are required to be revamped to keep up with the rapid developments. Therefore, it is needed that policies are drafted keeping in mind the opportunities that such globalization offers for wider dissemination and exchange of information, technology and other such IP. Even nations are required to form a framework that eases the global trade while simultaneously protecting the national interest.

The present times have posed financial difficulties which has lowered the ranking of creation and protection of IP in an entity’s priority list. However, it is extremely important to understand that it is exactly IP that can help boost the revenue during such times.

Concluding, it seems that future for IP bright and promising. The system can’t be said to be 100% effective and efficient yet with backlogs, technical glitches, etc. However, it is the constant attempts of stake-holders all around the globe, that offers huge scope to improve the existing architecture of the international system, strengthen global cooperation and support more effective IP policymaking. A step taken to register and protect the Intellectual Property is not looked upon as a waste of money and tedious process anymore. Right innovation getting the right protection is an asset more valuable than any other. It should not be forgotten that purpose of IP is only solved when it justly enriches not just its creator but also the communities globally. And achieving the same would involve creators, corporations and Governments from all around to come together for making a system that works for all.