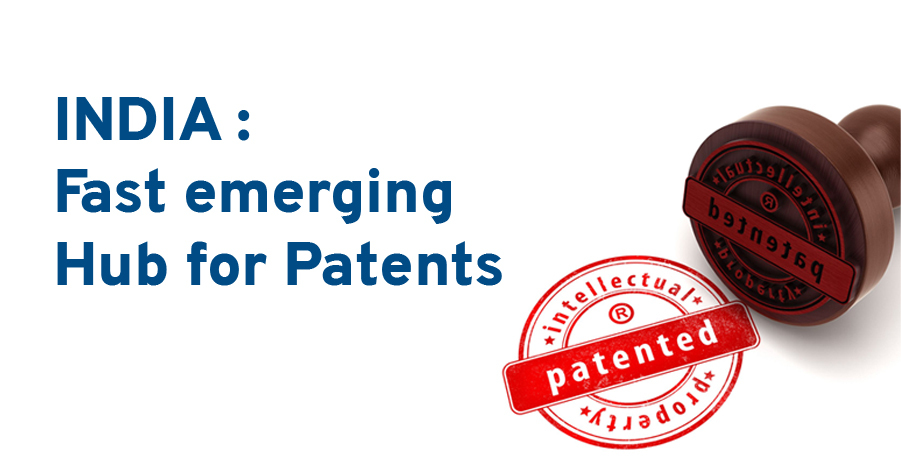 Innovations continue to grow worldwide with the ongoing sparks of technology giving rise to more and better uses of creativity and human intellect resulting in developments in almost every known field of work. Be it science, medicine, machinery, agriculture or even a tool of luxury, mankind has seen advancement in every field followed by the exclusive ownership of the subject matter in the form of Intellectual Property Rights.

With the rising importance of ideas over products, the need for protection has become inevitable, resulting in an increase in filing of patent applications globally. As a result, people all over the world have become more aware of the various Intellectual Property Rights including India.

India has seen a commendable growth in the filings of Indian patents {both from Indian as well as Foreign filers} in recent years making it not only a profitable market, but also a hub for Intellectual Property Rights. Moreover, the Patent Co-operation Treaty [PCT], has opened the doors for easy entry in multiple countries through a single patent application {termed as an international patent application} resulting in a considerable increase in Foreign filers for patents in India.

India has become a major filer of international patent applications via WIPO [World Intellectual Property Organisation] and has witnessed the highest growth in patent   filings since 2018. There has been no looking back since then as India has been ranked on 48th position in the Global Innovation Index (GII) published by WIPO emerging as one of the most significantly progressive economies.

Although technology has played a vital role in the advancements of patents in India, the Government of India (GOI) has also acted beneficiary to the inventors by boosting their interests in the form of various patent-friendly projects and policies.

One such paramount programme has been Start-up India, launched in 2016, to promote development and innovation in products and services in India. Under this plan, Start-ups can avail great opportunities and benefits including reduction on patent fees. Apart from this, Make in India has positively affected the patent applications in India both in terms of filing by Indian applicants and foreign applicants. Since, there is no patent that provides protection internationally, the countries with their own production and manufacturing units have been the areas of interest for the applicants under Make in India, making India one of the most powerful markets in the world.

It is not incorrect to say that India is becoming one of the fastest-growing economies in the world. In fact, it would not be long before we shall come into the league with the other countries of the world which are leading the global growth in IP filings. Though India has a long way to catch up for global innovation, it has grown consistently by seeing a dynamic increase in its patent filings lately. The Government strategies have additionally helped in boosting the interests and creating a positive impact on the future prospects for our nation.

Indeed, patents are crucial for India to bridge tech gap with the other technically advanced countries of the world. The significant increase in patent applications in India shows that there is more hope in the future, and it might not be long before India emerges as the most looked forward to hub for patent filers all over the globe.

Shweta Vyas is an Associate at Y. J. Trivedi & Co. and holds a Master’s degree in Law (Intellectual Property Rights). She is working with the firm since last three years. She handles National Phase Filings, PCT procedures and all other International work related to Patents. She has also attended various International conferences like WIPF and JPAA.